I just got a new Blackberry and I wanted to see what thus whole "remote blogging" or "phone logging" or "phlogging" is all about.

This seems like the perfect day in which to do it as my computer is currently being held.hostage by a freelance job. I'm capturing 8 hours of footage and can't do anything else really until it's done.

I need another computer.

The LFTI X-Mas vido is online today. I'd post a link but...

I'm struggling enough trying to type with, essentially, my thumbnails. I look forward to many more hours of thumbnail typing. I anxiously await the phenomenon of my thumbnails growing twice as fast as the rest of my fingernails.

Anyway, look for the LFTI video!
Posted by Robb at 2:21 PM 2 comments:

OMG! It Hasn’t Been That Long Has It?!

Oh, yes it has. Long enough for me to turn into a teenage girl and use exclamations like “OMG.”

What have I been doing that I’ve been neglecting this blog for so long, you ask? Well, I’ve been producing an online sitcom! And, I have to admit; I’ve been cheating on you with another blog. The LFTI blog.

There. I’m glad I’ve gotten that off my chest. Now we can work past it. Maybe you can go over to the LFTI blog and see my latest posts? I know, I know, they’re ALL about the dumb show, but that’s the point of that blog.

I will post blogs here again, I promise! I have to be more careful about what I say on the LFTI blog (though I’m not usually), so I want to post stuff here, really I do! I could use the outlet!

I mean, that crazy lady with the 76 kids is popping out more babies and I wasn’t around to say anything about it! Bush is still a dickhead (but really, aren’t we all just kind of coasting to the end on that one anyway, honestly?). Polygamists got busted! Polygamists! There’s a lot of stuff happening in the world that’s ripe for my ire! I just don’t always have the time.

But I WILL start posting here again, I promise. However, in the mean time, why not check out the LFTI blog? I’ve put a bunch of music on there and stuff. It’s great!

Have You Had All Your Shots?

That's right, LFTI is like an infection. Thanks to Viral on Veoh, a fantastic internet show about other internet shows.

Sunny and co-producer Josh visited the old "set" last month and talked to us a bit. here are the fruits of their labor:

You can watch it here too (higher quality on the Veoh site)!


Fun Fact: I'm the most awkward interviewee there has ever been. That's a fact.
Posted by Robb at 9:40 AM 1 comment:

Send in the Douchebags 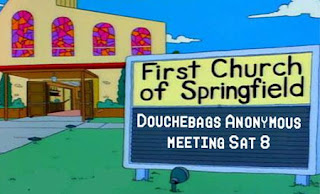 Well, not here. They’re on YouTube. How do I know? Because Episode 6 of our sitcom “Life From The Inside” was just featured on the YouTube homepage, and nothing brings out the douchebags like a featured video.

I’ve commented on a few videos and such, and it can always feel a little self-serving. Like the only reason you’re commenting is to show everyone else how cool/clever/insightful/funny you are. And it’s because of that feeling that a lot of truly cool people don’t post comments. They don’t want to seem narcissistic or lame, or they see that a bunch of asshats are leaving stupid comments and they don’t want to be associated with them.

I can understand that.

Unfortunately, this means that the haters can easily take over any comments section.

See, all it takes is one douchebag to burst the douchebag dam and suddenly the entire valley is being flooded with…well…douchebags. Douchebags up to the eyeballs.

The only way to counter this kind of catastrophe is to put up a retaining wall. A levee of goodwill and constructive criticism. Raise the discourse so that the douchbags can’t spill over the top. It doesn’t take a lot.

Most douchebags are hopelessly insecure creatures. You just have to make them feel like they stick out in the crowd and they’ll shy away.

This brings me to my point. It would be very nice to have the support of real people who actually watch the show! If you have a second, go to YouTube, click on our episode and leave a comment. It doesn’t have to be glowing, just speak your mind. Only speak your mind in an intelligent fashion. Please.

Oh, and don’t forget to rate the video too! Douchebags love to give out low ratings. It doesn’t have anything to do with the quality of the video. Normal people rate videos based on a number of criteria (self-prescribed, sure). But, think of a douchebag rating system as an “erection meter.”

Plus, they seem to think that all entertainment should be geared toward them. But really, how much bikini Jell-O wrestling can people watch?

My limit is around 3 hours.

Thanks for all your support! And I just want to add that as a whole, the experience of being featured on YouTube has been a positive one! It’s hard to sit back and listen to the douchebags spout their bile, but we’ve gotten a bunch of new subscribers and they just keep coming!

It’s nice to know that there are people out there who like the show! And we love our subscribers. Really, great people.


Fun Fact: I forgot to update this blog yesterday to let you know that we were featured again on YouTube (after we were taken down, at around 5pm). Sorry. But you know now! And isn’t that the most important thing?

And Tanya’s birthday is Saturday! Happy Birthday, Tanya! Give her some love?

Ignorance is bliss. I used to know what it was like NOT to be featured on the front page of YouTube.

The subscribers! The views! The publicity!

But like a nerd taken to the prom by the hottest girl in school as a joke, eventually your bubble will be burst…and in a cruel way.

Life From The Inside was about two inches from being able to sit at the cool kid’s table. So close that we could smell the name brand snack cakes.

Now we are back at the table by the door listening to tales of all-night D&D campaigns and gnawing on Little Debbies.

YouTube featured us on the front page today…for about an HOUR.

I don’t know if there was a glitch or what, but we’re gone now. We did get a bunch of new subscribers, which was very nice. I would have like to have been up longer, but I guess you take what you can?

At least I have a cool screenshot of the event as proof! That’s something! And we can ALWAYS say that we’ve been featured on the front page of YouTube! 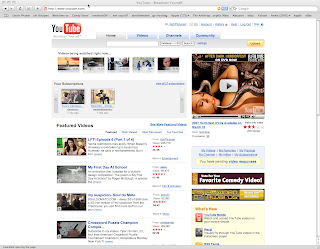 Fun Fact: The finale of Episode 6 will be posted on Monday! Yeah! And, who knows, maybe we’ll make the front page after all?
Posted by Robb at 10:39 AM No comments: 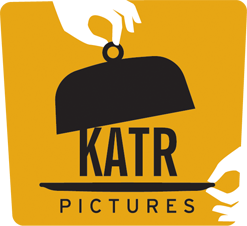 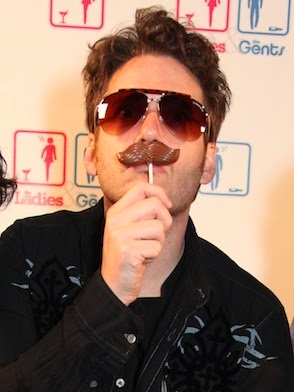 Life from the Inside 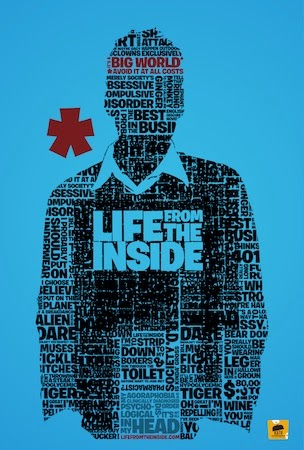 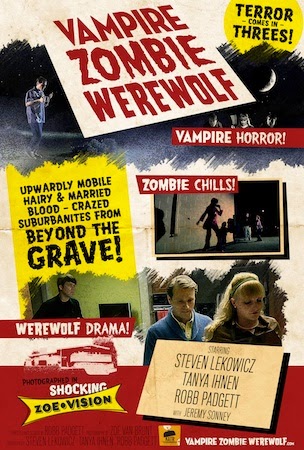 The Ladies & The Gents 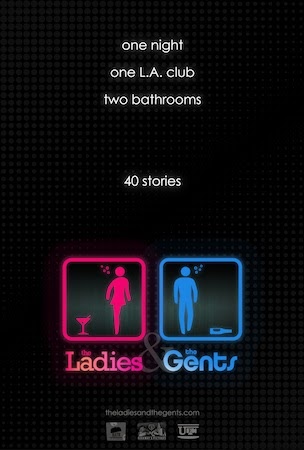 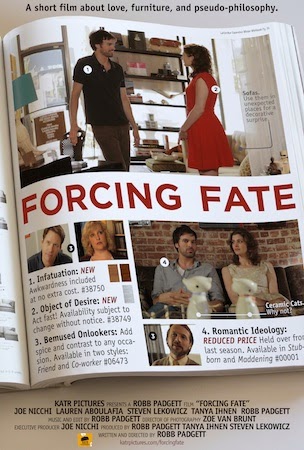 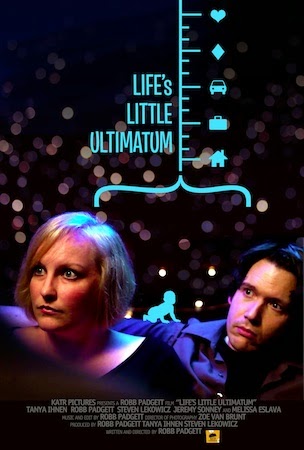